MRG researchers are finding more and more links to DARPA Creations.  After all, we are running full circle.  DARPA created the internet, had one of the “best and brightest” in their fold, and now she is going to Google.  Any connection?   There just might be. The computer will run this operation.    But, first “living foundries” are in the works.  Of course, one would have to have the foundation of this new super blueprint templated.   So, foundries with the tools to create whatever product is patterned will be produced.   So, when we see the patterns and the flow from start to finish of the creation  “new genetic products”, with an inventory of parts, then we begin to see the “work in progress”.  These are old terms used to create useful, functional products for human consumption and use, now have crossed the boundary of human as template.   Morgellons fits nicely in here.   So, the artifacts are what was left after the creation, experimentation and modeling.   The following report says this is new, but, since this technology is way ahead of civilian reality, it is new to civilians, but, certainly is not for the the Creators.

By Madison Ruppert
theintelhub.com
May 23, 2012 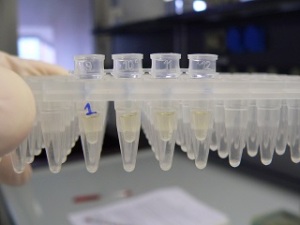 The Defense Advanced Projects Research Agency (DARPA) – often described as the mad scientist research arm of the Pentagon due to their fantastical projects like weaponized hallucinations, dirt cheap miniature spy computers, increasingly lifelike humanoid robots and more – is now in the process of developing a kind of factory for man-made organisms.

Their new program, called “Living Foundries,” was originally announced last year and aims to create a type of assembly line for genetically engineered products – assumedly for military applications since that is what DARPA is all about.

DARPA recently announced eight research awards totaling some $15.5 million in funds as part of this initiative including:

$3.6 million to the Massachusetts Institute of Technology (MIT)

$2.1 million to California Institute of Technology

$1 million to the Foundation for Applied Molecular Evolution

$907,269 to the President and Fellows of Harvard College

The two awards to JCVI shouldn’t be all too surprising given that Dr. Venter is well known as one of the first scientists to sequence a human genome. Furthermore, his lab was the first to develop an entirely synthetic organism in 2010.

The goal of the Living Foundries program is to radically transform the currently slow and expensive process of genetic engineering into a standardized and streamlined factory-like process.

From the Horse’s Mouth!

“Interactions between neurons and light”….   One can see where this is going!   Are we ready? Can this be stopped?

An article describes this:  involving research on Autism: Engineered neuroligins and neurexins! 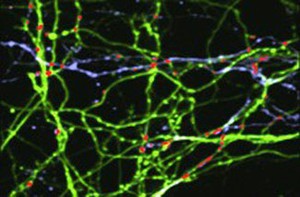 Researchers have developed a technique to detect interactions in live neurons between neuroligins and neurexins — two proteins known to bind at the junction between neurons, according to a study published 29 October in Cell.

Neurons relay information across the brain by releasing molecules, called neurotransmitters, across synapses, the junctions between neurons. Neurexins and neuroligins, which jut out of the transmitting and receiving ends of neurons, respectively, bind to each other on neighboring cells, stabilizing an active synapse.

Researchers induced some live neurons, removed from a rat hippocampus, to express an engineered version of neurexin-1 (NRXN1) that can add a small molecule called biotin to another protein. They then induced other neurons to express a modified form of neuroligin-1 (NLGN1) that has a biotin-receiving domain. When the two proteins bind at a synapse, the modified NRXN1 attaches biotin to the modified NLGN1.

Using this clever technique and a fluorescent dye that binds to biotin, the researchers can look at the live interaction between NRXN1 and NLGN1. They can also detect the number of interactions by quantifying the fluorescent signal.

When the neurons release neurotransmitters, the researchers found, the engineered proteins interact more. This suggests that NLGN1-NRXN1 interactions increase in an active synapse.

Using dyes to distinguish interactions before and after activation, the researchers show that neuron activation increases the amount NRXN1 and NLGN1 at the cell surface. They also show that molecules already at the synapse cycle back into the cell less frequently.

Several proteins in these families, including NRXN1 and NLGN4, have been implicated in autism. The researchers use their imaging technique to show that a known mutation of NRXN1 reduces its interaction with NLGN1. The new technique could similarly allow researchers to visualize synapses in mice with autism-associated mutations in NRXN1 and other synaptic proteins.

Neural circuits Workshop report explores the best avenues to pursue for understanding the circuitry in autism. more
Popcorn mice Mice lacking the SHANK2 gene show social deficits and hyperactivity, according to unpublished research. more
Social gene Mutations in the synaptic gene GRIP1 may contribute to social deficits in autism. more
Solid structure In the hunt for autism’s origins, proteins that function at neuronal connections have been the most promising leads. more

Keeping up with the latest technology that is finally being relayed to the public, is often disheartening, knowing that this experiment has been done in the open.  This geoengineering is not just the environment, but, every living thing upon it.   All of nature is being revamped, a re genesis, a new creation in the making, despite the loss of life in this venture.   That was the risk involved.  And a planned risk.   The fallout was part of the plan.   Morgellons shows the prototypes and all the adaptations in between.   Only a selected group could be risk free.  The rest pay the consequence and the price.  Morgellons is just that, along with the other adaptations that did not achieve integration.   And if they did achieve integration, they are under specific surveillance.   There will be more coming out on these “truly terrorist” activities by our own “wonderful scientists” who only have those “brightest, fittest, and golden babies” in the works.   We shall survive, despite this onslaught.  We may be crippled, we may be ugly, but, we will not go lightly into that “dark night”.    For we are finding the “dark knights”.

Thank you to all outside researchers who supply us with information that inform us daily of  new technology, who is involved and the purposes of this new technology.    The MRG researchers appreciate all the work you are doing to reveal to the public what is happening in our skies, in our bodies and in the environment.   Full disclosure is what is needed.   We appreciate all of the activists who are bringing the truth to the forefront.  We ask the public to become involved. If you cannot participate in activation events, please donate to MRG.

This entry was posted on June 24, 2012 by Amir Alwani. It was filed under chemtrails, genetic modification, health, morgellons, news, science, tyranny .