The Ontario Provincial Police are allegedly monitoring social media groups for the Freedom Convoy and visiting people’s homes who have commented on Facebook groups regarding the convoy.

RADIO SHOW — MUST I REMIND YOU! Cybernetics, Transhumanism and the merging of Tech in Humans

The original date of this live radio broadcast was on September 6, 2020 heard on the Genesis Communications Network on radio stations. 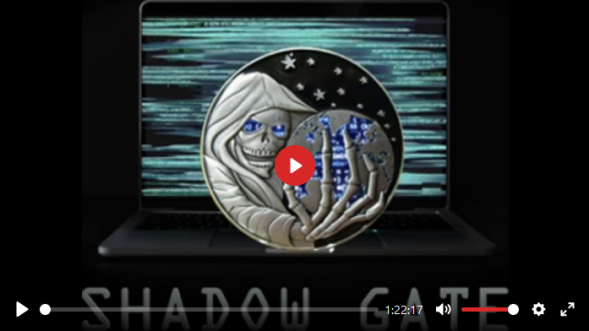 VIDEO —  Why You Can’t Stop Clicking

END_OF_DOCUMENT_TOKEN_TO_BE_REPLACED

See my series on trans and gender issues: http://bit.ly/2L2JaS6

Exploring the legal origins and ramifications of Yaniv’s human rights complaint against small business owners who refused him pubic service, with a lawyer who is working in the case (on the defense).

[related video: Twitter Suspends Dan Dicks For Saying A Man is NOT a Woman & Referring To “Jessica” Yaniv as “Him”]

END_OF_DOCUMENT_TOKEN_TO_BE_REPLACED

VIDEO — The Secrets of Silicon Valley: What Big Tech Doesn’t Want You to Know

Once a sleepy farming region, Silicon Valley is now the hub of a global industry that is transforming the economy, shaping our political discourse, and changing the very nature of our society. So what happened? How did this remarkable change take place? Why is this area the epicenter of this transformation? Discover the dark secrets behind the real history of Silicon Valley and the Big Tech giants in this important edition of The Corbett Report.

END_OF_DOCUMENT_TOKEN_TO_BE_REPLACED

(Download the Potent News BrainZip file featured in this video by right clicking here and choosing “Save Link As…” after downloading “The Brain” software version 8 and reading these notes.)

MUST WATCH — Bilderberg and the Digital New World Order