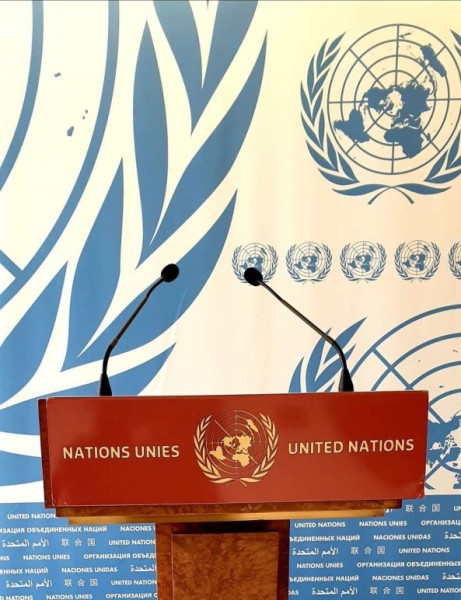 UN Human Rights Council (HRC) Special Rapporteur on torture revealed during the 43rd HRC that Cyber technology is not only used for internet and 5G. It is also used to target individuals remotely – through intimidation, harassment and public shaming.

On the 28th of February in Geneva, Professor Nils Melzer, UN Special Rapporteur on Torture and other Cruel Inhuman Degrading Treatment and Punishment, has officially confirmed that cyber torture exists and investigation is now underway on how to tackle it legally.

Electromagnetic radiation, radar, and surveillance technology are used to transfer sounds and thoughts into people’s brain. UN started their investigation after receiving thousands of testimonies from so-called “targeted individuals” (TIs).

Professor Nils Melzer is an expert in international law and since 2016 he holds the Human Rights Chair at the Geneva Academy of International Humanitarian Law and Human Rights. His team has found evidence that Cyber technology is used to inflict severe mental and physical sufferings.

“Judges think that physical torture is more serious than cruel, inhuman or degrading treatment,” he told the Guardian on 21 February. “Torture is simply the deliberate instrumentalization of pain and suffering.” These psychological torture methods are often used “to circumvent the ban on torture because they don’t leave any visible marks”. (1)

Cyber psychological systems like cognitive radio are used to interrupt human perceptions and memory. They can also be used to spy on people violating personal integrity which could lead to corruption and slavery in society. Cyber torture is also called no-touch torture or brain-machine interface.

One way to handle this situation is to regulate new technologies and use AI control mechanisms by independent and impartial investigators. The evidence gathered could then be used to convict criminals easier and quicker in the future.

Professor Meltzer and his team is now underway to create an international legal framework covering cyber technologies that can cause torture which previously was hard to prove. In the future it may be necessary to establish Radio Frequency Spectrum police in order to protect humanity from cyber terrorism. Nils Meltzer also revealed to me personally that the HRC will release several reports on this subject soon in the future.

Researcher Tracy Twyman recently passed away suddenly. Not long before she died she sent me a “Dead Mans Switch” video with information about people who had been sending her death threats.

I went on Lift the Veil’s show on dLive and Twitch to talk about Tracy, Isaac Kappy, Jeffrey Epstein, A.I. and the occult. We also covered some of the LARP Wars currently underway on YouTube.

END_OF_DOCUMENT_TOKEN_TO_BE_REPLACED

A mesmerizing mix of Charles Bukowski, Hunter S. Thompson, and Philip K. Dick, Chameleo is a true account of what happened in a seedy Southern California town when an enthusiastic and unrepentant heroin addict named Dion Fuller sheltered a U.S. Marine who’d stolen night vision goggles and perhaps a few top secret files from a nearby military base.

Dion found himself arrested (under the ostensible auspices of The Patriot Act) for conspiring with international terrorists to smuggle Top Secret military equipment out of Camp Pendleton. The fact that Dion had absolutely nothing to do with international terrorists, smuggling, Top Secret military equipment, or Camp Pendleton didn’t seem to bother the military. He was released from jail after a six-day-long Abu-Ghraib-style interrogation. Subsequently, he believed himself under intense government scrutiny — and, he suspected, the subject of bizarre experimentation involving “cloaking”— electro-optical camouflage so extreme it renders observers practically invisible from a distance of some meters — by the Department of Homeland Security. Hallucination? Perhaps — except Robert Guffey, an English teacher and Dion’s friend, tracked down and interviewed one of the scientists behind the project codenamed “Chameleo,” experimental technology which appears to have been stolen by the U.S. Department of Defense and deployed on American soil. More shocking still, Guffey discovered that the DoD has been experimenting with its newest technologies on a number of American citizens.

A condensed version of this story was the cover feature of Fortean Times Magazine (September 2013).

A few weeks ago we went deep in G5 and what’s in store for us in terms of what the governments planning, and this week we dive back into that world.

Suzanne Maher is the founder of www.byebyebluesky.com and an expert in chemtrails and nanotechnology.

To quote her website, “Bye Bye Blue Sky is a dedicated global public environmental movement who seeks to be a voice for all living creatures and ecosystems, to protect human health and safeguard the natural environment, air, water and land, which our sustenance depends.

We use education, peaceful protest and creative communication to expose one of the world’s largest and most significant ecological threats and preeminent disasters, commonly known as Climate Engineering or “Chemtrails”.”

So let’s get ready to discuss whether chemtrails are real or not (spoiler – they are) as well as nanotechnology.

END_OF_DOCUMENT_TOKEN_TO_BE_REPLACED

Confess your sins to the machine and all will be forgiven. But then it already knew what you were thinking and going to do before you even did it, so what’s the point? In any case, the AI will be female in context, your Godmother Superior.

END_OF_DOCUMENT_TOKEN_TO_BE_REPLACED

Silent Holocaust — the whistleblower wanted to remain anonymous, at least as far as this interview. I’m not sure why, though he has a lawyer and is pursuing litigation. His website is still up with his real name and/or pseudonym, but I’m reluctant to share it. So I edited a ton and added some emphatic imagery.

I can personally attest to at least some of what he is saying as 100% TRUTH as he confirms some of my own experiences and suspicions. Gang stalking, voice-to-skull and silent hypnosis are real. Most of this should be no-brain common sense to any “awake truther” at this point.

What he may not know is how many professional musicians are involved as much as any private security employee or military (CIA, etc.) lackey. Satanists are not “professionals” anyway. More on that another time…

END_OF_DOCUMENT_TOKEN_TO_BE_REPLACED

VIDEO — Footage from the TARGETED INDIVIDUAL protest at the White House, May 24, 2017, by Todd Giffen

Clips from the May 24, 2017 Targeted Individual Protest at the White House: Victim-Activists Talking to the General Public about Electronic Harassment.

END_OF_DOCUMENT_TOKEN_TO_BE_REPLACED

A New Breed is being made into a movie, TARGETED. Both books are available at TARGETEDMovie.com
For more info please email info@newbreedmovie.com

“Gang Stalking” is, very likely, a disinformation term created by U.S. intelligence agencies. It refers to the intense, long-term, unconstitutional surveillance and harassment of a person who has been designated as a target by someone associated with America’s security industry.

Such operations have nothing to do with criminal gangs. Official domestic counterintelligence operations of this type are – apparently – perpetrated by federal agents and intelligence/security contractors, sometimes with the support of state and local law enforcement personnel. Unofficial operations of this type are, apparently, perpetrated by private investigators and vigilantes – including former agents and cops, some of whom are members of the quasi-governmental Association of Law Enforcement Intelligence Units (LEIU), sometimes on behalf of corporate clients and others with connections to the public and private elements of America’s security industry.

The goal of such operations – in the parlance of counterintelligence agents – is “disruption” of the life of an individual deemed to be an enemy (or potential enemy) of clients or members of the security state. Arguably, the most accurate term for this form of harassment would be “counterintelligence stalking.” Agents of communist East Germany’s Stasi (state police) referred to the process as Zersetzung (German for “decomposition” or “corrosion” – a reference to the severe psychological, social, and financial effects upon the victim). American and British victims have described the process as “no-touch torture” – a phrase which also captures the nature of the crime: cowardly, unethical (and often illegal), but difficult to prove legally because it generates minimal forensic evidence.

Tactics include – but are not limited to – slander, blacklisting, “mobbing” (intense, organized harassment in the workplace), “black bag jobs” (residential break-ins), abusive phone calls, computer hacking, framing, threats, blackmail, vandalism, “street theater” (staged physical and verbal interactions with minions of the people who orchestrate the stalking), harassment by noises, and other forms of bullying.

Both the facts and the geographical distribution of relevant published news reports – as well as other evidence cited on this website – suggest that such stalking is sanctioned (and in some cases, orchestrated) by federal agencies; however, news reports, credible anecdotal information, and my own experiences, indicate that such stalking is also sometimes used unofficially for personal and corporate vendettas by current and former corrupt employees of law enforcement and intelligence agencies, private investigators, and their clients.

Since counterintelligence stalking goes far beyond surveillance – into the realm of psychological terrorism, it is essentially a form of extrajudicial punishment. As such, the harassment is illegal – even when done by the government. It clearly violates, for example, the U.S. Constitution’s Fourth Amendment, which prohibits unwarranted searches, and the Sixth Amendment – which guarantees the right to a trial. Such operations also violate similar fundamental rights defined by state constitutions. Stalking is also specifically prohibited by the criminal codes of every state in America.

Crimes against Americans at the hands of corrupt government agents and private security thugs have a long history in the U.S. The FBI’s COINTELPRO (“Counterintelligence Program”) scandal in the 1970s was the most notorious high-profile example, but similar abuses of power by “Red Squads” (state and local Law Enforcement Intelligence Units) and private detectives date back to the 19th century.

You can read a full explanation of counterintelligence stalking – including an archive of published news reports on the subject – on the What is “Gang Stalking?” page of this site.

Assange on the information war

Binoy Kampmark, in a piece at CounterPunch this week, describes the status of WikiLeaks and its founder, Julian Assange: