Are you interested in a very wide range of topics?

If you’re fascinated by coincidences and if you value pattern recognition then come and join me on this wild multicontextual gematria adventure!

A few weeks ago we went deep in G5 and what’s in store for us in terms of what the governments planning, and this week we dive back into that world.

Suzanne Maher is the founder of www.byebyebluesky.com and an expert in chemtrails and nanotechnology.

To quote her website, “Bye Bye Blue Sky is a dedicated global public environmental movement who seeks to be a voice for all living creatures and ecosystems, to protect human health and safeguard the natural environment, air, water and land, which our sustenance depends.

We use education, peaceful protest and creative communication to expose one of the world’s largest and most significant ecological threats and preeminent disasters, commonly known as Climate Engineering or “Chemtrails”.”

So let’s get ready to discuss whether chemtrails are real or not (spoiler – they are) as well as nanotechnology.

END_OF_DOCUMENT_TOKEN_TO_BE_REPLACED

Harald Kautz-Vella​ an independent scientist from Germany is here with me to talk about all the things that got lost and all the things that went wrong and need to be re-discovered and addressed. This interview builds like stepping stones and should be watched entirely.

[related video:  Harald Kautz-Vella talking about the Drama-Triangle and how it ties into hierarchies of this world!]

This documentary includes both news and civilian reports about the terrifying environmental warfare that is currently taking place worldwide which relatively few are aware of.  This war is waged by the powers that be against the every living creature on earth.

Mind Control? Scientists Have Discovered How To Use Nanoparticles To Remotely Control Behavior! 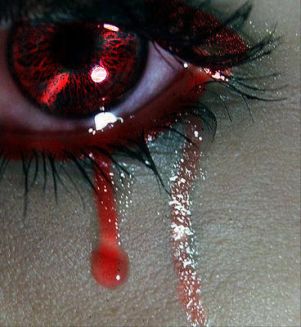 via NanoBrainImplant.com
by Michael Snyder
Dec 2, 2013

We are moving into a time when the extraordinary advances that have been made in the fields of nanotechnology, neurology, psychology, computer science, telecommunications and artificial intelligence will be used by governmental authorities to control the population?  Already, governments around the world are using the threat of “terror” as an excuse to watch us, track us, scan all of our electronic communications and force us to endure “security measures” that are so extreme that even George Orwell could have never dreamed them up.   So what is going to happen one day when some crazed individual actually does set off a weapon of mass destruction in a major city?  The temptation to use these emerging technologies to control the public will become almost irresistible.  At this point “mind control” is still a dirty word to many, but after the next couple of “9/11 style events” the general population will be crying out for something to be done to ensure their security.  When society experiences a complete and total meltdown in the years ahead, governments around the world will be tempted to do just about anything, including using mind control, to restore order.  That is why some of the most recent advances in the field on nanotechnology are so chilling.

In particular, what a team of researchers at the University at Buffalo have discovered is truly alarming.  The following is an excerpt from their recent news release….

Clusters of heated, magnetic nanoparticles targeted to cell membranes can remotely control ion channels, neurons and even animal behavior, according to a paper published by University at Buffalo physicists in Nature Nanotechnology.

It doesn’t take a doctorate to understand the implications of such a technology.

What if “nanobots” that had the capacity to control human minds were programmed to search out and attach themselves to key areas of the human brain?

Such “nanobots” would be far too small to even be seen by the human eye, and people could become “infected” with these creatures without even knowing it.

Hordes of these nanobots could be released into the atmosphere or in public areas and infect thousands (or even millions) and nobody might even realize it.

If governments could find a way to use nanobots to remotely control the minds of the general population, a mass mind control program could be implemented without the general public even realizing what is going on.

Yes, this is just how scary this technology is. 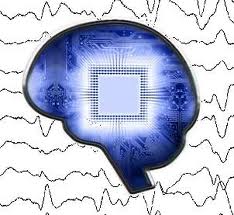 But it gets even worse.

You see, when it comes to nanotechnology we are dealing with something far more dangerous than we can even imagine.

For example, if something goes horribly wrong and we develop speed-breeding self-assembling nanobots that get out of control, they could theoretically devour all life on Earth in fairly short order.

Think of the scene at the end of the recent Keanu Reeves movie entitled “The Day The Earth Stood Still” and multiply it by about a million.

But even if such a scenario never plays out, the mind control potential of nanotechnology is bad enough.

Not that other mind control technologies aren’t equally as dangerous.

The truth is that all kinds of mind control technologies are being developed.

Video game makers are busy developing games that you control not with a joystick or a gamepad but rather with your brain waves.  So could such a technology someday be used in reverse?

Of course most people by now have heard of  MK-ULTRA and other mind control programs that were developed by the CIA and other U.S. government agencies.

The U.S. government insists that all such programs have been discontinued.

But are they telling the truth?

END_OF_DOCUMENT_TOKEN_TO_BE_REPLACED

Sofia Smallstorm is best known for her research on 9/11, which culminated in the documentary 9/11 Mysteries. She is also known for her analysis of chemtrails. We’ll discuss the tools being used to create humanity 2.0. It would appear there is an agenda to synthetically re-engineer humanity, both physically and mentally. We’ll talk about what some of these aspects the elite would find useful to change may be and how it can be done. How far might this go? Sofia talks about the attributes that seem to be emerging in humanity 2.0. Also, we discuss the secular humanist, transhumanist movement or techno-progressivism that seeks to make man superior but “equal” across the globe. As Earthlings are bombarded with an onslaught of synthetic elements, we’ll discuss how we can remain relatively untouched. Will we see a separation between humanity 1.0 and humanity 2.0? Will we be able to reverse the damage that may occur?

Back to the Radio 3 Fourteen Radio archive

Google is in the early stages of creating tiny, magnetic nanoparticles that will be able to search the human body for cancer and other diseases, The Wall Street Journal’s Alistair Barr and Ron Winslow report.

Google’s goal is “an early heads-up” on disease to ultimately facilitate more effective treatment by making medicine proactive instead of reactive.

Google’s particles will be less than 1/000 the width of a red blood cell and will attach themselves to specific cells, proteins, and other molecules inside the body, depending on what they’re “decorated” with. For example, Google could coat its nanoparticles with a specific antibody that would recognize and attach to a protein on the surface of a tumor cell.

Google is also working on a small wearable device that would attract and count the particles. In that way, the system would be used for testing and monitoring health: You could be alerted through the wearable if a lot of the particles were attaching to tumor cells. Google admits, however, that it still needs to better understand what constitutes as a healthy level of disease-carrying molecules in the blood and what would be a cause for a concern (Google’s “Baseline Study” is already trying to define what a healthy human looks like). The idea is that people would be constantly monitoring their bodies, so they wouldn’t wait until they felt physically sick to go to the doctor.

Google would likely let people consume its nanoparticles through a pill, but is reportedly at least five to seven years away from a product that would be approved by doctors.

“Every test you ever go to the doctor for will be done through this system,” Andrew Conrad, head of the Life Sciences team at Google X and the man leading the project, said at The Wall Street Journal’s “WSJD Live” conference. “That’s our dream.”

Conrad told The Wall Street Journal that Google would not collect or store any medical data itself, but would license the technology out.

“We’re going to be inventors that work on the technology— disruptive, innovative technology—and then we’re going to look for partners who will bring it forward,” Conrad told Backchannel’s Steven Levy.

More than 100 Googlers — with backgrounds including chemistry, astrophysics, and electrical engineering — are working on this nanoparticle project. The company is also collaborating with MIT, Stanford, and Duke.

Watch a video from the WSJ conference:

END_OF_DOCUMENT_TOKEN_TO_BE_REPLACED

Many people around the world are targeted for their political views and tortured via technotronic means via their computer, their phones and even via their house’s electric wiring. This can be enhanced by satellite and triangulated by mobile phone towers. With the aerial spraying campaigns of smart dust for the last twenty years, are we now senders and receivers of information, walking antennae? Alex’s story is shocking and at times deeply disturbing listening though for all he and his family have been through he has kept his unique sense of humour and indomitable spirit. A truly Canadian hero who has sacrificed so much in bringing this important information to the public.

Alex says: I lost a couple of months’ work this summer due to an extremely bizarre, persistent and blatantly synthetic ‘pneumonia’ triggered and exacerbated by the tyrannical and genocidal globalists’ aerosol – electromagnetic – technetronic – chemical, biological, advanced biological and genetic and nano bio polymer warfare.

I am an artist, activist and investigative reporter. It has become very obvious to those of us that do what I do that the aerial, land and naval aerosol – electromagnetic spraying program and the communications technology and infrastructure we were sold under the guise of our convenience and protection is actually population reduction and control.

This advanced, withheld and weaponised technology gives the ruthless ruling group the ability to select who lives and dies, who gets tortured, sleep deprived, irradiated, microwaved, mentally and physically mutilated with psychotronic frequencies, incapacitated and assassinated as explained in the literature accompanying my artwork/photo posts on Facebook, the videos I posted on YouTube and the radio shows I have done as recently as this afternoon.

Most regrettably World War III is upon us. Try to keep the children as safe as can be under the circumstances.