[Potent News editor’s UPDATE: I had a few fishy feelings about this event to begin with and now things are starting to make a lot more sense.  I would like to apologize to the readers for my hasty advertising of this event.  I would also like to point out that I have great respect for the author of Global March For Chemtrails Has Some Fishy Management (2nd UPDATE), not only because of the content of this article, but also because he previously personally sent me very pertinent information revealing the sketchy nature of Non-Violent Communcation.] 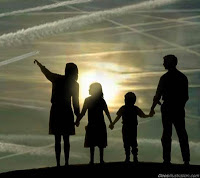 1. The March Against Monsanto was a huge success in bringing the public’s attention to the dangers of genetically modified foods. Nearly fifty percent of U.S. states introduced bills requiring labeling or prohibiting genetically engineered foods since the date of the protest on May 26, 2013. And all without the “help” of mainstream media. Great achievement, but the battle has only just begun. As brilliant as the march was, it only addressed half of the problem.

Unfortunately, there is an insidious connection between chemtrails and GMOs. One of the main toxic fallouts of chemtrails is aluminum. Aluminum alters the PH of soil, killing off plants and seeds in the process.

Have your crop yields declined over the years? Have you noticed the decaying trees in your neighborhood? Well, apparently Monsanto has, which is why the company holds a patent on “aluminum resistant seed.” Don’t want to be forced to eat GMO? Then please march on Sunday, August 25, 2013.

2. What do autism, Alzheimer’s, asthma, influenza and Morgellons Disease all have in common? They have all been skyrocketing since the advent of chemtrails. Award winning investigative reporter, Will Thomas, has reported findings of over 300 types of virally-mutated fungi in chemtrail fallout. The Idaho Observer has reported findings of: 26 heavy metals including arsenic, gold, lead, mercury, silver, uranium and zinc; four molds and fungi; seven viruses; a variety of infectious pathogens; nine chemicals including acetylcholine chloride; drugs including two sedatives; and six bacteria including anthrax. Researcher Clifford Carnicom has reported finding chemtrail fibers that are an exact match with the fibers found in those suffering from Morgellons Disease. Are you ready to put an end to the needless suffering of millions of people? Then march for your brothers and sisters.

3. According to the research of Dane Wigington of Geoengineeringwatch.org, chemtrails and geoengineering are the single, greatest threat to life on Planet Earth. UN scientists estimate that 150-200 species of plant, insect, bird and mammal become extinct every 24 hours. This is nearly 1,000 times the “natural” or “background” rate and is greater than anything that the world has experienced since the vanishing of the dinosaurs nearly 65 million years ago. Chemtrails appear to have triggered climate feedback loops affecting ocean currents between the Atlantic and the Arctic. One of these feedback loops is methane expulsion. This methane expulsion has not been happening over a hundred years or even decades. It has been happening only over a few years. This is a global, game-changing event. Are you ready to put an end to the real global warming? Then march for Planet Earth!

For a list of scheduled events in your area, please visit: http://globalmarchagainstchemtrailsandgeoengineering.com/

To create an event in your area, go to:
https://www.facebook.com/GlobalMarchAgainstChemtrailsAndGeoengineering/events?hc_location=stream

Elizabeth Cook is a teacher and a mother who has studied and protested chemtrails for many years. Since her first observation of the planes depositing milky white swathes of pollution in the sky, she has been researching how chemtrails affect weather, the climate, people and other living creatures. She has dedicated herself to exposing the chemtrail atrocity.

This entry was posted on June 21, 2013 by Amir Alwani. It was filed under chemtrails, food, geo-engineering, health, morgellons, news, protests, science, studies, tyranny .