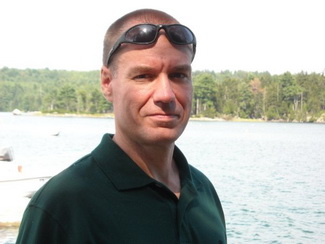 What would happen if everyone in society received an immunization against all of today’s media and political propaganda? Is there a simple, logical process to arm ourselves against such attempts at mind manipulation and control? What if you had the ability to quickly and easily break down words and sentences to identify lies and untruths and propaganda? What do grammar and rhetoric have to do with logic and critical thinking, or, for that matter, marketing, PR and propaganda spin, and more importantly, exactly how can they help you? If someone presents evidence of a claim, do you have a mental duty to study it before you attack it? How can we make our minds sharper? Is it possible to level the playing field against corporate and government propaganda by creating a critical thinking meme? Today we launch the critical thinking meme into society and I ask for your help to spread it, to share today’s talk with all you know: friends, co-workers, family, business associates and school mates. If you want to help make an immediate change in your own and other people’s lives for the better, today’s show is one of the primary ways to do it. We’re going to continue our study of the trivium with Dr. Michael Labossiere who is here to discuss logical fallacies. Micheal will be back in the next week or two to also discuss the subject and predicate. This show is being released on Monday, January 25, 2010. My interview with Michael Labossiere was recorded on January 09, 2010. Michael LaBossiere is a guy from Maine who went to school in Ohio and ended up in Florida. Professionally he is a philosophy professor at Florida A&M University. He started teaching there in the Fall of 1993 and greatly enjoy his choice of careers. He teaches a wide variety of classes that range from Aesthetics (theories of art and beauty) to Theory of Knowledge. His first philosophy book, What Don’t You Know? hit the shelves in the spring of 2008. He also blogs for The Philosophers’ Magazine and has numerous academic publications. In addition to his love of wisdom, he has a great love of running. Michael started running at the age of fifteen. He tried out for the basketball team, but sucked badly. The coach told him that the track team had to take anyone and suggested that he become a runner. It turned out to be a great choice. He ran in high school and then ran in college. He kept running in grad school and still runs today, mostly to combat the effects of pie consumption. He is a member of the Gulf Winds Track Club, the local running club in Tallahassee. Michael also enjoys the martial arts, specifically tae kwon do. He started training in grad school at Ohio State and still practices today. He enjoys the physical and mental training. Plus, hitting a punching bag is a great way to burn off stress. It also makes it possible to survive committee meetings. He started gaming (Dungeons & Dragons) when he was 15 and fell in love with the idea of creating worlds and stories and ended up writing professionally for several game companies. Yes, gaming is for nerds- he freely accept his nerdtastic ways. He also enjoys computer and console gaming. Despite playing far too much World of Warcraft, he claims he is not obsessed with games and alleges that reality is still much better than virtual reality. He is very fond of animals and has two cats (Ash & Zax) and a hyper husky (Isis). Here are the links My philosophy blog: http://aphilosopher.wordpress.com/ The Philosophers’ Magazine Blog: http://blog.talkingphilosophy.com/ My website: www.opifexphoenix.com Gulf Winds Track Club: www.gulfwinds.org/

This entry was posted on October 9, 2013 by Amir Alwani. It was filed under consciousness, education, Trivium, tyranny, videos .