Woman Kidnapped, Strip Searched, and Thrown in a Cage for an Unpaid Parking Ticket — video included 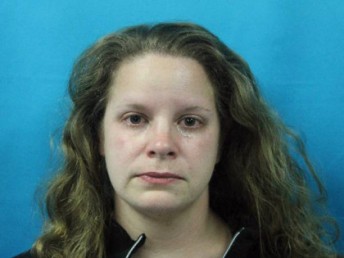 by Matt Savoy
The Free Thought Project
May 2, 2014

The nature of the state is simple; with a monopoly on the use of force, your compliance with their laws, no matter how arbitrary, will be mandated and upheld with the threat or use of violence.

The police, while ostensibly there for you protection, is a facet of this institution reliant on the use of violence to maintain its monopoly. The majority of police departments have become nothing but revenue collection agencies, enforcing arbitrary laws written for victimless crimes.

Consider this example, while it may sound extreme, it is the standard procedure of the escalation of violence to achieve state compliance. A police officer, also known as revenue collection agent, sees you without your seat-belt on. You are pulled over and told that you must now pay them money as the state claims the ability to steal money from yo

u for capricious reasons that they refer to as “laws.”

If you refuse to be extorted in such an overt manner and do not pay this racketeering gang of thieves, their next step is to elevate their use of force; you will now be kidnapped and thrown in a cage.

When these armed thugs bust into your home in the middle of the night to kidnap you for not paying them because they saw you without your seat-belt on, and you resist, they will assert their ‘just authority’ and end your life.

As you lie there in a pool of you and your spouse’s blood, the last thought that goes through your head is, “Wow, these guys are really adamant about stealing money from folks for not causing harm to anyone.”

Yes it seems wild and crazy, but the reality of the situation remains; the escalation of violence is the only means by which the state maintains its “authority” over you and forces your compliance.

[…CONTINUE READING THIS ARTICLE and see the included video]

This entry was posted on May 2, 2014 by Amir Alwani. It was filed under news, police state, tyranny, US, videos .