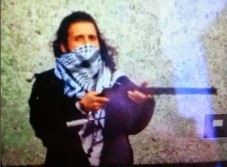 October 23, 2014 (Tony Cartalucci – LD) – As warned, after multiple staged incidents used to ratchet up fear and paranoia in the build-up to US and its allies’ military intervention in Syria and Iraq, at least two live attacks have now been carried out in Canada – precisely as they were predicted.

The first attack involved a deadly hit-and-run that left one Canadian soldier dead. AP would report in its article, “Terrorist ideology blamed in Canada car attack,” that:

A young convert to Islam who killed a Canadian soldier in a hit-and-run had been on the radar of federal investigators, who feared he had jihadist ambitions and seized his passport when he tried to travel to Turkey, authorities said Tuesday.

The second, most recent attack, involved a shooting in Ottawa injuring several and killing another Canadian soldier. RT in its article, “Ottawa gunman ‘identified’ as recent Muslim convert, high-risk traveler,” would report that:

While the name of the Ottawa gunman is yet to be announced, a number of officials told numerous media that the shooter is believed to be Michael Zehaf-Bibeau, a recent Muslim convert, allegedly designated as a high-risk traveler.

Michael Zehaf-Bibeau was born in Quebec as Michael Joseph Hall north of Montreal, two US officials told Reuters, claiming that American law enforcement agencies have been advised that the attacker recently converted to Islam.

AP sources also identified the man to be Zehaf-Bibeau. A Twitter account associated with Islamic State militants tweeted a photo they identified as the Ottawa shooter. The Globe and Mail reports that the shooter was designated a “high-risk traveler” by the Canadian authorities with his passport seized.

Clearly, both suspects were under the watch of not only Canadian authorities, but also US investigators, before the attacks.

Canada’s Attacks Were Predictable – Western Security Agencies are Prime Suspects
It was warned last month after security agencies staged scares in both the US and Australia, that suspects under investigation, being walked through planned terrorist attacks by Western security agencies as part of “sting operations” would inevitably be switched to live terrorist attacks.

In mid-September A Rochester man, Mufid A. Elfgeeh, was accused by the FBI of attempting to provide material support to ISIS (undercover FBI agents), attempting to kill US soldiers, and possession of firearms and silencers (provided to him by the FBI). The FBI’s own official press release stated (emphasis added):

According to court records, Elfgeeh attempted to provide material support to ISIS in the form of personnel, namely three individuals, two of whom were cooperating with the FBI. Elfgeeh attempted to assist all three individuals in traveling to Syria to join and fight on behalf of ISIS. Elfgeeh also plotted to shoot and kill members of the United States military who had returned from Iraq. As part of the plan to kill soldiers, Elfgeeh purchased two handguns equipped with firearm silencers and ammunition from a confidential source. The handguns were made inoperable by the FBI before the confidential source gave them to Elfgeeh.

It was warned that only an inoperable firearm stood between Elfgeeh’s arrest and his successful execution of deadly plans hatched by him and his undercover FBI handlers. This script, written by the FBI to entrap Elfgeeh, would be followed almost to the letter in live attacks subsequently carried out in Canada resulting in the death of two Canadian soldiers. Conveniently, both suspects are now dead and little chance remains of ascertaining the truth of who they were in contact with and how they carried out their deadly attacks.

With both suspects having been on both US and Canadian watch lists – it is very likely undercover agents were involved in either one or both cases. While many possibilities exist, Western security agencies should be among the first suspects considered as potential collaborators.

This entry was posted on October 25, 2014 by Amir Alwani. It was filed under Canada, co-opting and/or destabilization, NATO, news, Ottawa Shootings, tyranny, war .