Two days ago we reported something which we had anticipated for a long time but nonetheless did not expect to take shape so swiftly: namely, that with Assad’s regime close to collapse and fighting a war on three different fronts (one of which is directly supported by US air and “advisor” forces), Putin would have no choice but to finally intervene in the most anticipated showdown in recent history as “Russian fighter pilots are expected to begin arriving in Syria in the coming days, and will fly their Russian air force fighter jets and attack helicopters against ISIS and rebel-aligned targets within the failing state.”

This was indirectly confirmed the very next day when an al-Nusra linked Twitter account posted pictures of a Russian drone and a Su-34 fighter jet – the kind which is not flown by the Syrian air force – flying over the Nusra-controlled western idlib province. 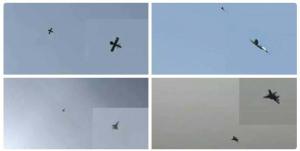 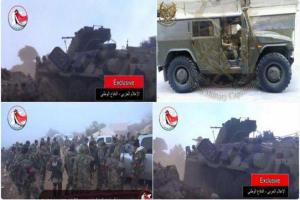 Also, one day after our report, the Telegraph reported that “Syrian state TV reportedly broadcasts footage of Russian soldiers and armoured vehicle fighting alongside pro-Assad troops.” According to the article, “the video footage claimed to show troops and a Russian armoured vehicle fighting Syrian rebels alongside President Bashar al-Assad’s troops in Latakia. It is reportedly possible to hear Russian being spoken by the troops in the footage.”

It added that “a Russian naval vessel was photographed heading south through the Bosphorus strait carrying large amounts of military equipment, according to social media and a shipping blog” while “an unnamed activist with the Syrian rebel group the Free Syrian Army told The Times: “The Russians have been there a long time.”

“There are more Russian officials who came to Slunfeh in recent weeks. We don’t know how many but I can assure you there has been Russian reinforcement.” “

Then earlier today we got the closest thing to a confirmation from the White House itself which confirmed that “it was closely monitoring reports that Russia is carrying out military operations in Syria, warning such actions, if confirmed, would be “destabilising and counter-productive.”

This entry was posted on September 6, 2015 by Amir Alwani. It was filed under Russia, Syria, tyranny, US, war and was tagged with ISIS.