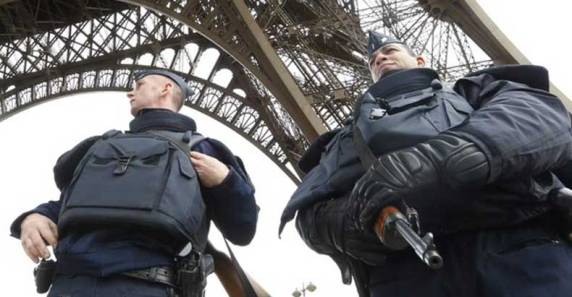 by Jay Syrmopoulos
via The Free Thought Project
Nov 14, 2015

Paris, France – A national state of emergency has been declared across France after at least six coordinated assaults were staged in Paris, which killed at least 120 people and injured an estimated 200 others.

According to a report by SOFREP:

Industrial targets were already being probed by suspected terrorists in France, and a bomb which failed to detonate was found in one facility. The explosives employed were those stolen in a little-publicized theft from a French military armory months prior. The French and German federal police and intelligence services strongly believed at that time that terrorists were casing soft targets inside Paris and that it was, “A matter of when, not if.” The only point of contention within the French security services was whether or not the target would be soft (civilian) or hard (military, government, industrial) in nature.

This entry was posted on November 14, 2015 by Amir Alwani. It was filed under France, news, surveillance, tyranny and was tagged with Paris Attack.