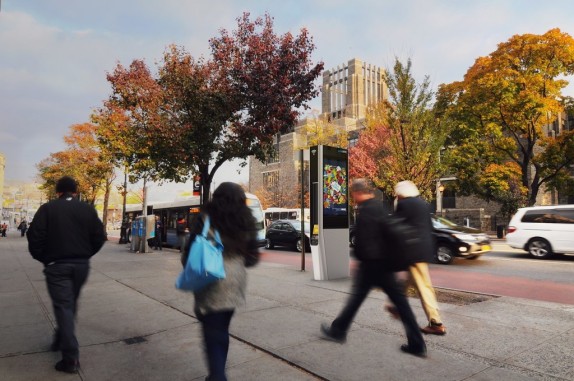 Awareness continues to increase surrounding the health dangers of Electromagnetic Fields (EMFs) emanating from our daily gadgets, as well as from the rise of the Smart Grid.  For example, a prominent neuroscientist went on record in a lecture to the medical community itself where he exposed the many health risks as well as an industry-wide attempt by telecom to cover up the negative consequences. A world-renown biochemist is seeking to abolish WiFi in schools. And a British ER physician has made it her mission to educate people about what steps they can take to minimize exposure and damage to WiFi. A slew of peer-review scientific studies support the warnings of these experts.

So what happens when your entire city becomes one giant WiFi signal? Major cities have been planning to do just that, and their plans are now ready to become reality.

Telecom giant Virgin Media announced a pilot program in October to implement “discreet street furniture” and the “UK’s first Smart Pavement” in Chesham, a city of 21,000 people. They stated that their plans were ultimately far more ambitious, seeking “to build more networks like this across the UK.”

But when New York City signs on to pervasive WiFi, we really should pay attention.

The city already has erected one 9-foot-tall structure that is an indication of the rollout of 7,500 WiFi hot spots, which are slated to go online early in 2016. It is part of the LinkNYC program (“Faster Than a New York Minute,” har har) which proclaims to become “the fastest and largest municipal WiFi network in the world.”

This entry was posted on January 3, 2016 by Amir Alwani. It was filed under health, news, radiation, surveillance, tyranny, UK, US .