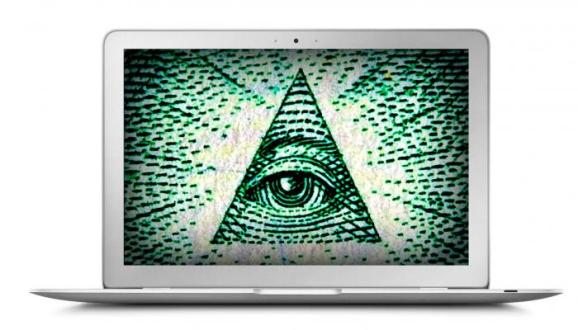 As explained in Computer: A History of the Information Machine, the personal computer was in large part a product of the “computer liberation” movement that grew out of the counter-culture of California in the 1960s. More specifically, those trends were in turn an outgrowth of the CIA’s MK-Ultra program that popularized drug use for “mind-expanding” purposes.

A leading representative of this trend, who coined the term “personal computer,” was Stewart Brand, MK-Ultra agent and founder of the influential Whole Earth Catalogue. Before studying biology at Stanford University, Brand attended Phillips Exeter Academy, a prestigious American private prep school in New Hampshire, one of the oldest secondary schools in the US. The Economist described the school as belonging to “an elite tier of private schools” in Britain and America that counts Eton and Harrow in its ranks. Exeter has a long list of famous former students, including Mark Zuckerberg, founder of Facebook, novelist John Irving and Dan Brown, author of The Da Vinci Code and the Masonic-inspired The Lost Symbol.

Phillips Exeter Academy was established in 1781 by banker Dr. John Phillips, who was a great-grandson of the Rev. George Phillips, founder of the Congregational Church in America, who arrived on the ship Arbella with Governor Winthrop in 1630. John Winthrop, who one of the leading figures in the founding of the Massachusetts Bay Colony, the first major settlement in New England after Plymouth Colony, was also an alchemist and follower of the infamous sorcerer John Dee, who was the driving force behind the Rosicrucian movement of the early seventeenth century.[1]

This entry was posted on January 9, 2016 by Amir Alwani. It was filed under consciousness, internet, MKULTRA, police state, science, social media, surveillance, true culprits, tyranny and was tagged with robots & artificial intelligence.