VIDEO — Out Of Many One: Saturnian Chaos Magic – Avoiding Pitfalls

Elana Freeland joins me to discuss 5G & how it fits in with her other research into geoengineering, the space fence, surveillance & more.

We also discuss the role that AI is playing in this ultimate system of control. We have been breathing in the nanotechnology that is literally changing what it is to be human, the transhumamist dream!

Elana Freeland is a writer, ghostwriter, speaker, storyteller, and teacher who researches and writes on Deep State issues, including the stories of survivors of MK-ULTRA, ritual abuse, and invasive electromagnetic weapons (Nexus, October 2014). She is best known for Chemtrails, HAARP, and the Full Spectrum Dominance of Planet Earth(Feral House, June 2014) and Under An Ionized Sky: From Chemtrails to Space Fence Lockdown (Feral House, February 2018).

VIDEO — Why Is CERN Going to Bilderberg This Year?

END_OF_DOCUMENT_TOKEN_TO_BE_REPLACED

DOCUMENTARY — Mandela Effect – Waking Up to Another Reality

MUST WATCH — The Mandela Effect!! Mind Blowing Changes In Our Current Reality!!!

END_OF_DOCUMENT_TOKEN_TO_BE_REPLACED

CERN is currently in the process of cranking up the Large Hadron Collider — the largest machine man has ever built — to 13TeV, the highest known energy level humans have ever used in a particle collider experiment in known modern history.

What are they searching for? According to this hipster physicist in skinny jeans over at CERN, “things like dark matter, dark energy, super symmetry, quantum black holes, large extra dimensions”…

Everything you need to know about what CERN is doing can be summed up in the short statements of this CERN physicist at the LHC, which he finishes in a rather blasé tone with, “We don’t know what we’re going to find at 13 TeV at the LHC.”

END_OF_DOCUMENT_TOKEN_TO_BE_REPLACED

How CERN Will Affect Your Soul

via Truthstream Media
by Aaron and Melissa Dykes
Aug 17, 2015 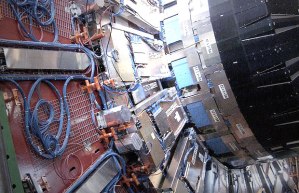 (Truthstream Media) While governments and scientists continue to tell us it’s just wonderful, there is a tremendous amount of apprehension about CERN, as there has been for some time.

The CERN Large Hadron Collider just switched back on this year — the year both the UN and CERN are celebrating as “the international year of light” — for the longest round of continuous usage yet, and at a higher energy level than ever before. They are calling it “a new era of exploration of the secrets of nature.”

In looking for the “God particle” and the states of particles believed to occur at the moment of the Big Bang, scientists in Switzerland, and at other facilities around the world, will be tinkering with the very glue of life.

This video presents an alternate view of the dark side of this science, and the dangerous intentions it could have, postulating that anti-matter or “dark matter” holds the kind of stuff that demonic spirits and other potentially negative forces from other dimensions are made of, opening the door to instability, “psychological effects on people,” and other side effects that may or may not be reversible. In other words, piercing (and possibly breaking) the veil.

Is there a reason the scientific dictatorship spent so many years trying to separate science and spirituality? One of CERN’s original physicists did admit back in February that they have no ****ing idea what they’re doing.

Is the risk of CERN too great to mess with?

Please feel free to share your thoughts and concerns on CERN and the issues surrounding it.