Salafism, the CIA and the Distortion of “Jihad”

The world is being divided into a new Cold War, between the West and Islam, presented as a “Clash of Civilizations”, based on the assumption that Islam is a belligerent religion. Given that there are clear verses in the Quran commanding the Muslims to “kill the unbelievers wherever you find them”, doubters are caught in a debate where critics and fundamentalists alike appeal to those verses, and conversely, where moderates or apologists and Western liberals, argue that Islam is a “peaceful religion”.

As pointed out by Daniel Pipes, while otherwise known for his Islamophobia, Muslims can be divided into three categories: “traditional Islam,” which he sees as pragmatic and non-violent, “Islamism,” which he sees as dangerous and militant, and “moderate Islam,” which he sees as underground and not yet codified into a popular movement. Interestingly, however, he did concede that he did not have the “theological background” to determine which group follows the Quran the closest and is truest to its intent.[1]

While the media tout the value of “moderate Islam,” the Western world is as yet unaware of the possibilities of traditional Islam, a heritage which even the Muslims themselves have forgotten. As identified by the late historian Marshall Hodgson, Islam’s “great pre-Modern heritage” is possibly the richest source Muslims possess for creating a coherent vision of their religion’s place in the world today. Yet, he comments: “One of the problems of Muslims is that on the level of historical action their ties with relevant traditions are so tenuous.”[2]

Like anything else, a book with the import of the Quran, which is regarded as the Word of God by more than a billion people, should not be subject to uninformed interpretation. Either by its critics, or its defenders.

Islam had built up one of the most extraordinary intellectual traditions in history, through just such a recognition. Extreme care was exercised to ensure that all possible variations of interpretation were given the maximum care and consideration, and that any resulting interpretations were carried out with the utmost attention to detail. The result was the grand formulation of Islamic Law.

[related: Wahhabis and Salafis are not Sunnis]

Wahhabis and Salafis are not Sunnis 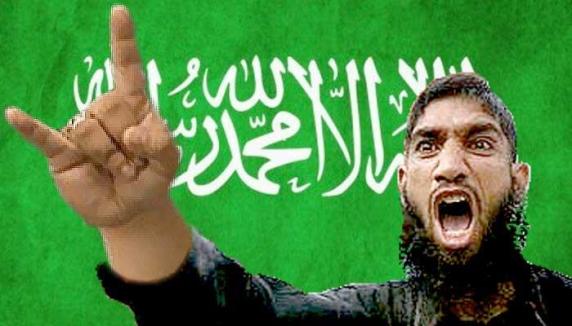 There have been numerous sects that have splintered from the main body of Islam, and all have clearly defined themselves as separate traditions. None have been so clever and wily, and so successfully imposed their pernicious influence, as the Wahhabis and Salafis, who have insinuated themselves instead as a “reform” movement within Sunni Islam. Instead, they have characterized Sunni Islam as being founded on belief in the rightful successorship of the four righteous Caliphs, in contradistinction to Saudi Arabia’s traditional enemies, the Shiah of Iran.

Rather, the Wahhabis and Salafis represent a consequence of a wave of “revivalist” movements that began to emerge in the eighteenth century, sponsored by the British, with the aim of undermining Sunni Islam, which has historically been founded on following one of the four schools of legal interpretation, known as Madhhabs, a practice known as Taqlid.

Known for their nefarious strategy of Divide and Conquer, the British were intent on re-writing the laws of Islam to suit their purposes. However, Sunni Islam had formalized a highly sophisticated legal tradition that was effectively impervious to outside influence. According to Joseph Schacht, the renowned historian of Islamic Law:

Islamic law provides us with a remarkable example of the possibilities of legal thought and of human thought in general, and with a key to understanding the essence of one of the great world religions.[1]

Within the first few centuries of its existence, these Madhhabs had settled the majority of the early legal questions in Islam, and strictly forbade the use of unqualified independent reasoning, known as Ijtihad, in order to protect the sanctity of Islam from violation. However, what all the British-sponsored “revivalists” held in common was a rejection of the Madhhab tradition, in favour of re-opening the Doors of Itjihad, which has resulted in the wholesale rewriting Islam, in order to lend false justification to the injustices they currently perpetrate under its name.

Initially, the followers of Mohammed, known as the Sahabah, would seek advice from those amongst themselves who had attained reputations for piety and advanced knowledge of the religion. However, as the Muslim empire expanded, the cases that required rulings became increasingly complex, and because they were not necessarily explicitly addressed in the Quran, it became necessary for judges (Qadis) to make use of their independent reasoning (Ijtihad). The word “Ijtihad” is derived from the same root as the word “Jihad,” and means to strive with one’s utmost effort.