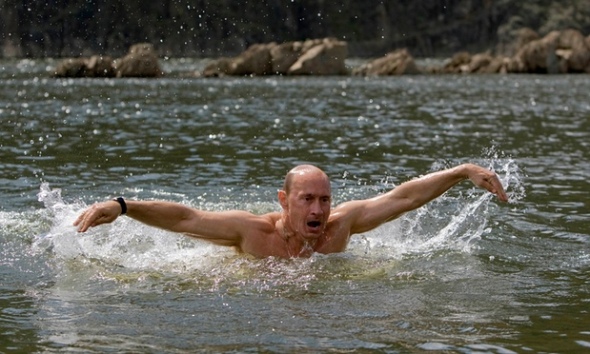 Alternative media needs to stop the Putin worship now, before this leads to more bad strategic and political choices.

The love relationship with the Russian empire has successfully replaced 9/11 truth as the core belief system of the alternative media. Something I would have never expected a few years ago from a movement that was built on the work of Antony Sutton and other similiar experts.

And when I say Putin worship, there is obviously a variety of pro Putin opinions. You have the total believers of the personality cult and of the lies which the Russian intelligence agencies constantly pump out about foreign and domestic policy.

All of these different pro Putin opinions are flat out wrong. Get out of this dialectic game of team Putin vs. team Obama before it’s too late.

This entry was posted on October 19, 2015 by Amir Alwani. It was filed under Russia, tyranny, war .