Eustace Mullins: Occultist and Disinfo Agent of the Far-Right 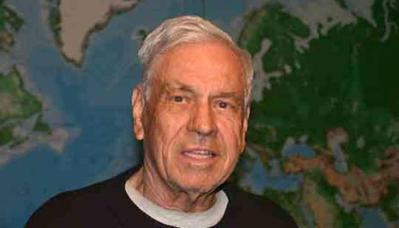 Among the modern-day classics of conspiracy literature is Eustace Mullins’ Secrets of the Federal Reserve, which continues to define perceptions of the nature and purpose of the cabal that is currently suspected of secretly manipulating the world. However, as revealed in Orwell’s Nineteen Eighty-Four, conspiracy culture is often deliberately manipulated in order to call out and neutralize potential dissidents.

As closer look at the career of Mullins reveals a typical example of the nefarious networks involved in nurturing feats of a “Jewish conspiracy” on behalf of American intelligence and the Zionists. After World War II, the CIA recruited leading Nazis and neo-Nazis, who went on for form a Fascist International, which served the organization in their fight against “communism.” Like their predecessors, this fascist network continued to cultivate the feat or a “Jewish” conspiracy as a sly method on the part of Zionists to continue to justify continued support for the state of Israel, and to cultivate sentiments favorable to World Bank and IMF policies of neoliberalism, falsely known in the conspiracy community as “Libertarianism.”

Mullins was mentored in his research on the Federal Reserve by Ezra Pound. As demonstrated in Transhumanism: The History of a Dangerous Idea, Pound was not only a notorious fascist, but also one of the key occult figures of the twentieth century, which deep ties to the CIA. A close friend of Golden Dawn member Yeats, Pound was an expatriate American and a major figure of the early modernist movement, and helped discover and shape the work of contemporaries such as T.S. Eliot, James Joyce, Robert Frost and Ernest Hemingway.

Pound was also a close friend of James Jesus Angleton, a Knight of Malta and key member of the Georgetown Set who created the CIA. Angleton, the long-time chief of Counterintelligence, was the head of the CIA’s Vatican Desk as well as the Israel Desk. Angleton was responsible for liaison with Israel’s Mossad and Shin Bet agencies, crucial relationships that he managed for the remainder of his career. Angleton also become responsible for the Lovestone Empire, the network run for the CIA by Jay Lovestone. A former head of the Communist Party of the United States (CPUSA), later a trade union leader, Lovestone worked with foreign unions using covert funds to construct a worldwide system of anti-communist unions. According to CIA agent and later Watergate burglar Howard Hunt, “the Communist Party of the United States, in fact, at the moment, was practically a branch of the Justice Department.”[1]