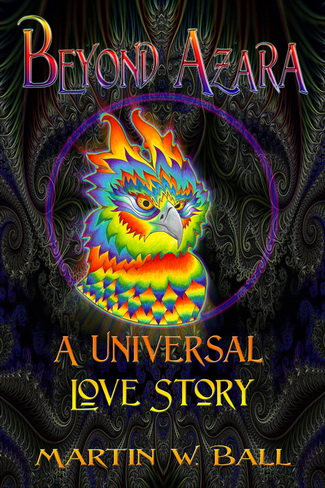 This episode is an interview with Dr. Martin Ball, part 2, titled “BEYOND Terence McKenna, 2012, and other New Age Myths” and is being released on Monday, October 29, 2012. My interview with Martin was recorded on October 24, 2012.

Martin W. Ball, Ph.D., is an independent entheogenic researcher, writer, novelist, and musician. His fiction includes the Tales of Aurduin fantasy series and his latest novel, Beyond Azara: A Universal Love Story. His most recent books on entheogens include Being Human: An Entheological Guide to God, Evolution, and the Fractal, Energetic Nature of Reality, and The Entheological Paradigm: Essays on the DMT and 5-MeO-DMT Experience and the Meaning of It All, as well as his newest mini ebook, All Is One: Understanding Entheogens and Nonduality. Martin earned his Ph.D. in Religious Studies in 2000 with an emphasis on Native American traditions, shamanism, comparative mysticism, entheogens and religion, Buddhism, and the philosophy of science and religion. He began his independent writing career with Tales of Aurduin in 2003, applying much of what he had learned as a student of religion and culture in shaping a vast fantasy epic. It took several years to finish the four-book project, complete with invented languages and glossaries. From there, Martin branched into writing non-fiction works on entheogens and spiritual/mystical experiences where he has documented his own explorations and insights. Recently he has focused primarily on a nondual interpretation of entheogenic experiences and their use as tools to reach unitary states of awakening and personal transformation. Martin’s books are challenging, entertaining, insightful, and often radical. He’s not afraid to be himself and call it as he sees it, always pressing for deeper clarity into truth and personal awareness of the unitary nature of being. His fiction works on multiple levels simultaneously, melding philosophy, spirituality, and dynamic storytelling, all told through the lives of engaging characters that defy conventional categories. With the release of Beyond Azara, Martin is excited to be returning to the fictional worlds and ideas he first explored with Tales of Aurduin. His books, music, and art can be found online at his personal website, www.martinball.net. Additionally, he has created the website, “The Entheological Paradigm” to share his views on entheogens and nonduality at www.entheological-paradigm.net and he regularly lectures on the topic on his podcast, “The Entheogenic Evolution,” http://entheogenic.podomatic.com and also produces visually stunning videos with original music and entheogenic insights via YouTube at www.youtube.com/entheogenicevolution

This entry was posted on November 5, 2012 by Amir Alwani. It was filed under audio/podcast/radio, esoteric, health, news, psychedelics and was tagged with Terence McKenna.