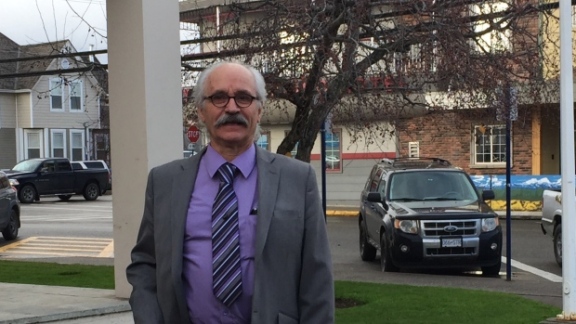 Sadly, Arthur Topham has been found guilty of a speech/thought crime.

The befuddled jury found him guilty on one charge of ‘wilfully promoting hatred’ of Jews, but innocent on the other, which makes little sense.

Hate is an emotion which, like love, cannot be legislated out of existence.

Hate cannot even be properly defined, it is all a matter of interpretation. Hence why every hate speech trial to have ever been brought before Canada’s courts has been a complete farce based on flimsy and ill-defined criteria.

Such people cannot combat the speech they dislike with facts or counter-evidence, since they have none, so they resort to state censorship and harassment.

This particular case and most all so-called ‘hate speech’ cases in Canada and the West in general are instigated by intolerant Jewish extremists with totalitarian cultural proclivities.

A Jewish-Zionist MP and lawyer in Canada, Irwin Cotler, made his career out of promoting hate speech laws, citing his Jewish cultural upbringing as his motivation for doing so. A Times of Israel article on the subject noted that Cotler “traces his lifelong commitment to fighting hate speech and incitement to the foundational Jewish values he got from his parents.” The article further revealed that Cotler

began working on hate speech in 1965 as a law student at McGill University, where his dean Maxwell Cohen headed the first and only Canadian commission on hate propaganda. As a young lawyer, he served as special assistant to minister of justice John Turner who in 1968 drafted the first Canadian anti-hate legislation, prohibiting the promotion of hatred and contempt against an identifiable group. As an academic, he chose to specialize in hate speech.

Even Ezra Levant, a Canadian Jewish supremacist and pro-Israel propagandist, admitted on television that Organized Jewry have led and continue to lead the hate speech lobby in Canada.

Why should Canadians and Europeans submit to these manic Old Testament fundamentalists and bow to their skewed moral codes which make Gentiles second class citizens in their own countries?

This entry was posted on November 25, 2015 by Amir Alwani. It was filed under Canada, censorship, news, police state, tyranny and was tagged with Zionism.