Comics and the Occult 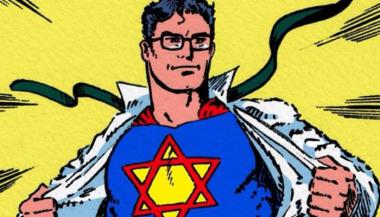 Occultists have infiltrated and greatly influenced many aspects of popular culture, from Hollywood to popular music, but the clearest articulation of their influence is to be found in the world of comic books, where it has contributed to a nihilism which results in homoerotic interpretations of masculinity and the gross objectification of women.

Along with its enduring association with science fiction, no idea better embodies the absurd aspirations of transhumanism than the superhero. The superhero of popular culture was knowingly derived from the Greek word for demi-god, representing the occult ideal of transcending human existence to become god-like, while performing superhuman feats, likened to magic.

Modern superhero comic books are descendants of “hero pulps” of pulp magazines, which featured illustrated novel-length stories of heroic characters, such as The Shadow, Doc Savage, and The Phantom Detective. It was the introduction of Jerry Siegel and Joe Shuster’s Superman in 1938 that turned comic books into a major industry, and ushered the Golden Age of Comics, which originated the archetype of the superhero.

As shown by Rabbi Weinstein in Up, Up, and Oy Vey: How Jewish History, Culture and Values Shaped the Comic Book Superhero, most of the early creators of superheroes were Jews. In addition to Jerry Siegel and Joe Shuster’s Superman in 1938, there was Batman in 1939, by Bob Kane (Robert Kahn) and Captain America in 1940 by Jack Kirby (Jacob Kurtzberg). For the late comic-book artist Will Eisner, the Jewish people, faced with the rise of fascism, “needed a hero who could protect us against an almost invincible force.”[1]

But these were of course not orthodox, but occult-oriented Jews. As indicated by Jeffrey T. Iverson in “In Search of Superman’s Inner Jew” for Time Magazine, “their superheroes reflected some of the identity they were masking, evoking Jewish concepts such as tikkun olam… and legends such as the Golem of Prague, the medieval superhero of Jewish folklore who was conjured from clay by a rabbi to defend his community when it was under threat.”[2] 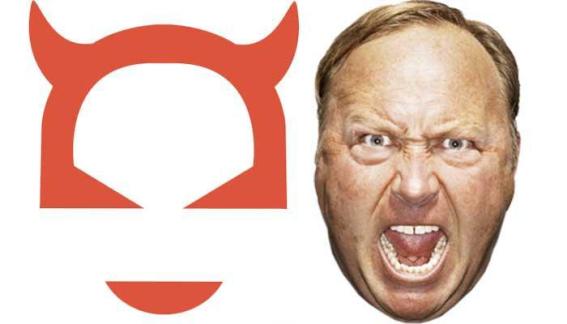 The work of right-wing loud-mouth conspiracy celebrity Alex Jones, including a number of documentaries, like Endgame: Blueprint for Global Enslavement and New World Order, and his book The Answer to 1984 Is 1776, were distributed and or published by Satanist and Crowleyite Richard Metzger’s Disinformation Company, a company that connects technopagans and transhumanists. Metzger was the host of the TV show Disinformation, the Disinformation Company and its website Disinfo.com, featuring the tagline “everything you know is wrong,” that focuses on current affairs titles and seeks to expose alleged conspiracy theories, occultism, politics, news oddities and purported disinformation.

Metzger admits that from an early age he identified himself as a “warlock,” and that, “through a careful study of [Kenneth] Anger’s work and through this influence, in part, I continued to move towards combining my career ambitions of working in film, television and publishing with my private magical interests.”[1] Anger, the notorious producer of Crowley-inspired underground films, was the key figure around which swirled the network of Laurel Canyon musicians, occultists, and members the Mason Family and the Church of Satan. Ultimately, Meztger considers the Disinformation Company to be a “magick business,” and explains:

Magick—defined by Aleister Crowley as the art and science of causing change in conformity with will—has always been the vital core of all of the projects we undertake at The Disinformation Company. Whether via our website, publishing activities or our TV series, the idea of being able to influence reality in some beneficial way is what drives our activities. I’ve always considered The Disinformation Company Ltd. and our various activities to constitute a very complex spell.[2]

In addition to Alex Jones, the Disinformation Company has also been responsible for a number of apparently establishment-critical or conspiracy-inclined documentaries, such Outfoxed: Rupert Murdoch’s War on Journalism (2004), Uncovered: The Whole Truth About the Iraq War (2004), Bush Family Fortunes: The Best Democracy Money Can Buy (directed by Greg Palast), Wal-Mart: The High Cost of Low Price (2005), Iraq for Sale: The War Profiteers (2006), Slacker Uprising (a movie of Michael Moore’s tour of colleges in swing states during the 2004 election, as well as 9/11: Press for Truth (2006), 9/11 Mysteries (2006).

Disinformation, also known as Disinfo Nation, was a television show hosted by Metzger, which aired for two seasons on Channel 4’s late night “4Later” programming block in the UK. The sixteen 30-minute episodes produced for C4 were then cut down to four one-hour “specials,” intended for the Sci Fi Channel in America, but never aired due to their controversial content. Those four shows have subsequently been released on a DVD, with a second bonus disc presenting highlights of DisinfoCon, a twelve-hour event held in 2000, featuring Metzger, and a host of occult celebrities, including Marilyn Manson, Kenneth Anger, painter Joe Coleman, Douglas Rushkoff, Mark Pesce, Grant Morrison, Robert Anton Wilson, Todd Brendan Fahey and others.

The bizarre irony is that, Disinformation seems to produce just that: disinformation. A telling example is Metzger’s interview on Disinfo Nation of Ted Gunderson, a former FBI agent who is known for his investigations of a secret and widespread network of groups in the US who kidnap children and subject them to Satanic ritual abuse and human sacrifice. However, Metzger’s “documentary” is obviously a mockery, in the Discordian style of “humor,” and the playing of both sides typical of Robert Anton Wilson. Gunderson’s focus has been on abuse within the CIA and military establishment, and he mentions that southern California is a pivotal area of Satanic cult activity. However, although Meztger’s documentary claims to be a “deep and undercover look” at the “shadowy figures” in Satanism today, he juxtaposes Gunderson’s comments by reporting on a pitiful group of bumpkin Satanist wannabes.

[interviews with the author: